What we can learn about logistics from bees: autonomous mobile robots give processes new flexibility

What can we learn about warehouse strategies from bees and what do autonomous mobile robots (AMRs) have to do with it? Learn more about KNAPP’s intelligent AMR fleet and find out more about the tremendous versatility in production and distribution.

We know that in nature fish, bees and ants work together in swarms, letting them achieve the best possible effect with the least effort. Together, they are efficient and can react quickly to changes in their environment. So, why not learn from these examples from nature and develop new strategies that can make logistics processes more flexible and efficient? What are known as autonomous mobile robots, or AMRs, are providing exciting new possibilities in this area. In the same way as hard-working bees, this new generation of intelligent vehicles works in a swarm and gives processes a new edge. In this post, you will learn more about AMRs at KNAPP, which we are calling Open Shuttles, and about the possible applications and advantages in logistics.

What are autonomous mobile robots?

Let’s start with some history. The idea of robots that move around independently in a warehouse and assist with tasks is not entirely new. As early as the 1950s, the first driverless transport systems (AGV) were being developed. These AGVsfollowed defined paths along markings on the floor, circling warehouse and production areas. For a long time, little was done in the field of driverless transport systems, but the call for flexibility and efficiency in production and distribution applications finally got louder. In addition, technological advances, for example in sensor technology and computer performance, opened up new possibilities

With these innovations, it was full steam ahead for autonomous mobile robots in the industry.  The definition of the term ‘autonomous mobile robots’ (AMRs) is not standardised, but it describes the type of robots that do not require any guiding lines or that plan their routes independently, detect and avoid obstacles by means of sensor technology and are capable of making intelligent decisions.Here at KNAPP, we have already been working on the topic of ‘autonomous robots for applications in production and distribution’ for many years. Our solution is Open Shuttles.

What tasks in the warehouse are Open Shuttles suitable for?

Because of their flexibility and their ability to work as an intelligent swarm, autonomous mobile robots are extremely versatile for use in production and distribution tasks. For example, they are suitable for the following:

Intelligent robots: the swarm is where the work is

A clear advantage of autonomous mobile robots such as our Open Shuttles is of course how flexibly they can be used. These intelligent robots are always in the right place, at the right time, in the right quantities, and they complete tasks independently or assist humans. True to the motto: the swarm is where the work is.

Overview of the Open Shuttles

We have a variety of Open Shuttles in our portfolio as we know that many different transport tasks have to be performed in production and distribution centres. From S to XXL, whether it’s a container, carton, tray or pallet, using either a tugger train or production-line supply, there’s a suitable Open Shuttle:

Transporting goods or raw materials in containers, cartons or trays is no problem for our Open Shuttles. Depending on configuration, they can transport one or two containers with dimensions of up to 800 x 600 mm and up to 100 kilograms in total. The Open Shuttles automatically retrieve the load carriers and automatically deliver them to their target position.

Open Shuttle for transportation of several source and target containers

The Open Shuttle Fork is available for larger loads and for transporting rack structures or special load carriers. This type of our autonomous mobile robots can retrieve and convey rack structures weighing up to 1000 kilograms and receiving surfaces of 1200 x 800 mm directly from the floor.

There is a range of add-ons available for different requirements:

In electronics manufacturing operations, magazines are often used which are automatically filled with products in what are known as towers. Equipped with a special load-handling device, Open Shuttles can dock directly on to these towers and pull the magazines on the Open Shuttle making them available safely and precisely at a work station or machine.

For transporting circuit board magazines in electronics manufacturing, there is special tilt protection that secures the magazines during transport.

The Open Shuttles can retrieve and deliver their loads at different heights by means of an integrated lifting function. This provides more flexibility when designing the processes. 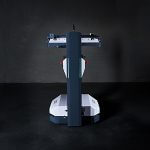 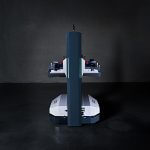 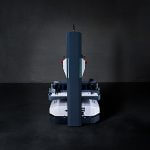 Our Open Shuttles meet the highest safety standards and can safely share their travel paths with people and other vehicles. In areas with an increased internal transport volume, it is recommended that the Open Shuttles are equipped with additional sensor technology and indicator lights. 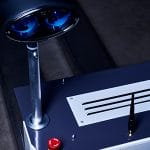 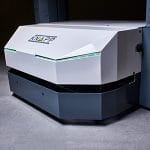 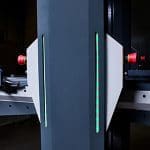 We are convinced that added value can only be created in logistical processes when technology such as Open Shuttles is intelligently integrated in an overall system. In combination with a central warehouse system such as our OSR Shuttle™ Evo, our autonomous mobile robots give processes a new edge. The intelligent Open Shuttles integrate every location in the production plant or distribution centre with the automatic warehouse system into a network. We are calling this innovative system solution the OSR Shuttle™ Evo+.

Using the OSR Shuttle™ Evo+, we can automate various processes:

Watch this video to see how the OSR Shuttle™ Evo+ can forge new paths to your success.

A similar system solution was given the Top Innovator Award at VW Scouting in 2017.

As you can see, the possible applications of autonomous mobile robots such as our Open Shuttles are extremely versatile. Interested in finding out more about our AMRs? Write to us at kin.sales@knapp.com.

Watch this video to see how our customer Tucker is using the intelligent Open Shuttles. https://www.youtube.com/watch?v=Y24-Q8ezdqI

Martina Ogrisek
Communications
General Retail, E-Commerce & Omnichannel Solutions
Which trends are shaping the retail sector? How can new demands be translated into individual automation solutions? This is the topic that Martina blogs about and researches for you.

Industry, Logistics of the future, Trends

At the Fifteen Seconds Festival 2019, Gregor Schubert-Lebernegg took to the Technology Stage and enthralled the audience with his talk about consumer behaviour in relation to new technologies, especially with regards autonomous mobile robots. We also had the opportunity to talk with him about this topic.

The demands placed on production and logistics today are manifold. Combining an automatic storage system and autonomous mobile robots allows you to automate countless processes intelligently and flexibly. 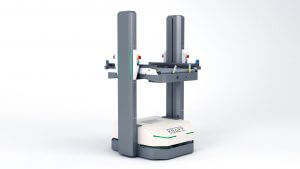 Further advantages of our Open Shuttles

Subscribe to our blog
You will receive a notification as soon as a new blog post is published on a topic which you are interested in.
Create a blog alert
Let’s keep in touch. Do you want to learn more about trends in logistics and production? Are you interested in special topics and would like to be informed as soon as a new article is online? Subscribe to your favourite topics.